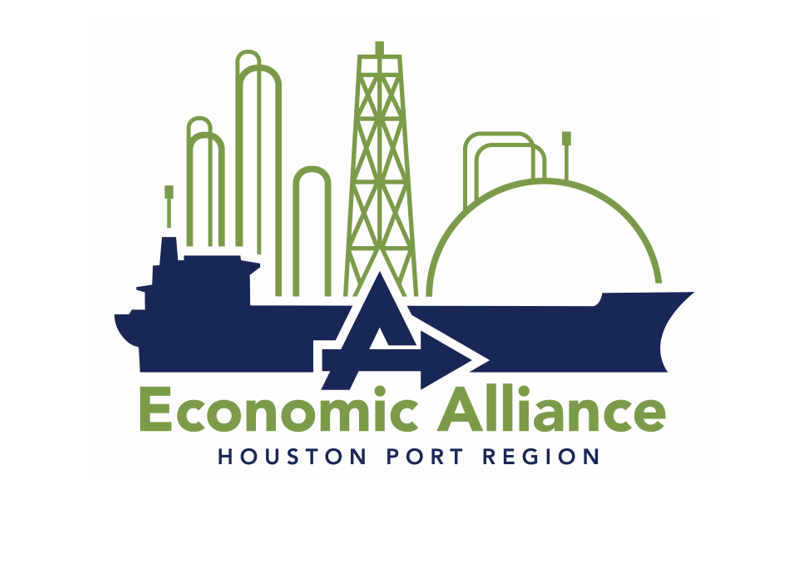 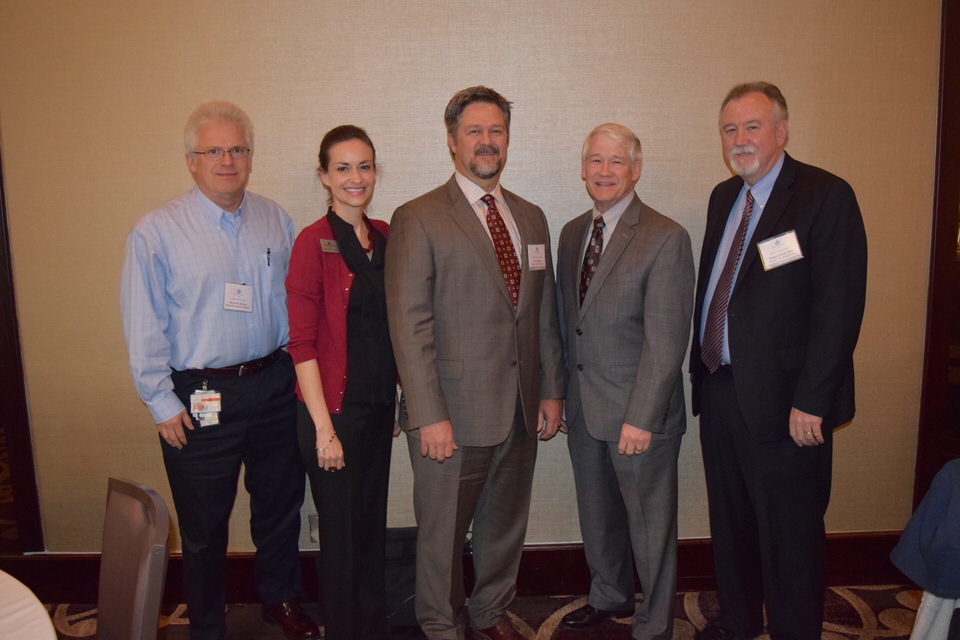 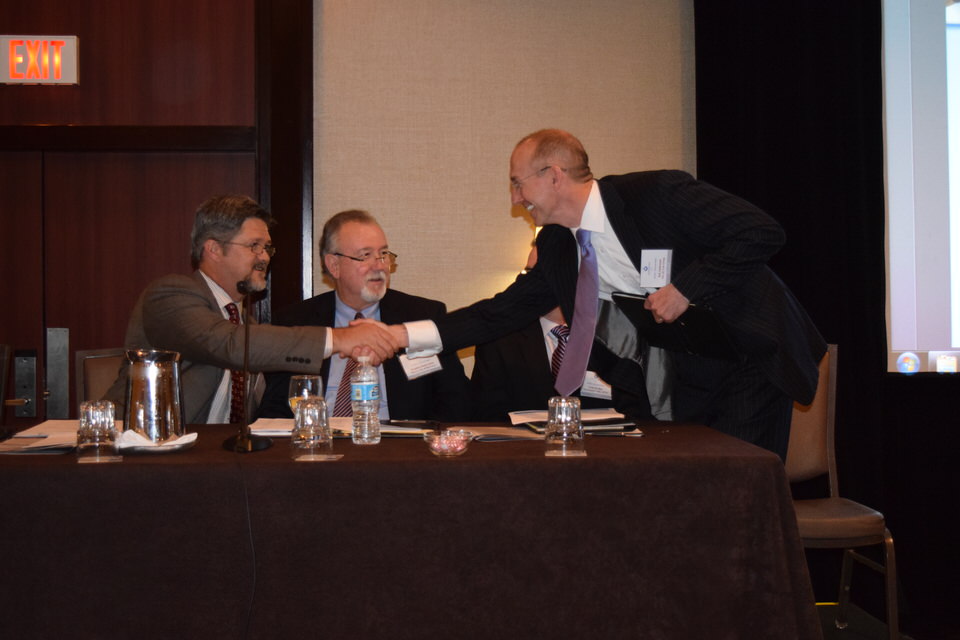 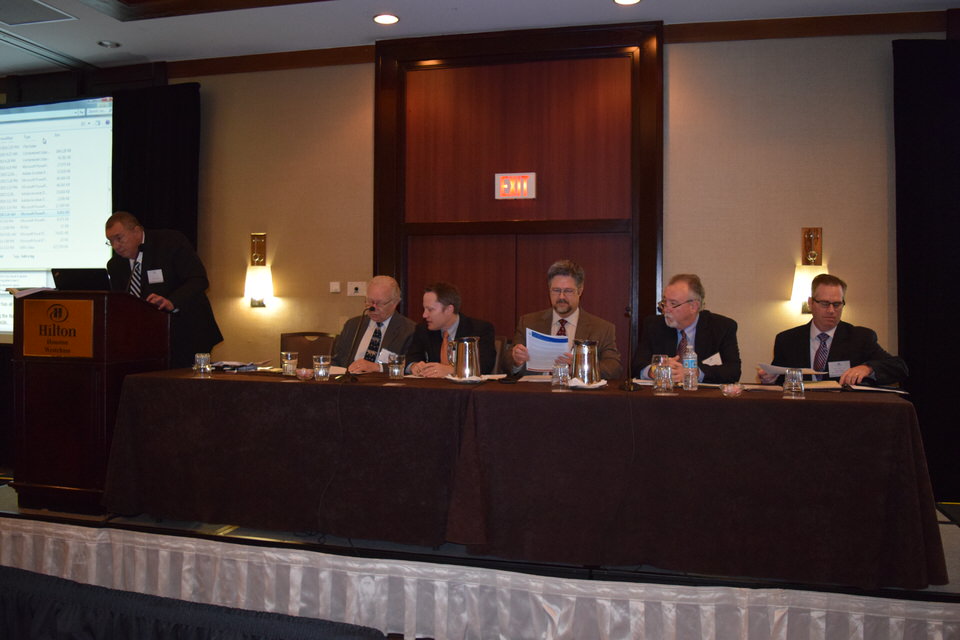 HOUSTON (Feb. 12, 2016) – Yesterday, twenty expert speakers made presentations during the 19th Annual Hot Air Topics (HAT) Conference of the Air & Waste Management Association – Gulf Coast Chapter (AWMA-GCC). The conference was comprised of regulatory, industry, legal, and environmental professionals who met at the Hilton Houston – Westchase hotel. Important issues addressed during the conference included: the new 70 parts per billion (ppb) ozone standard, the Federal Clean Air Act (CAA), greenhouse gas (GHG) emission controls, federal regulatory planning, air permitting lead times, and clean air regulation cost-benefits.
The Conference featured a keynote presentation by David Schoenbrod, Professor at New York Law School. Professor Schoenbrod is a Visiting Scholar with the American Enterprise Institute and former Senior Staff Attorney with the Natural Resources Defense Council.
A CAA Policy Issues Panel was held early in the afternoon, highlighted by the Honorable Jerry Mouton, Mayor of the City of Deer Park and the Honorable Stephen DonCarlos, Mayor of the City of Baytown, alongside Ron Curry, EPA Region 6 Regional Administrator, and Mr. Bobby Baker, Commissioner of the Texas Commission on Environmental Quality (TCEQ). Panelists addressed policy challenges with the federal Clean Air Act and the EPA’s recent reduction in the National Ambient Air Quality (NAAQs) ozone standard of 70ppb.
The mayors, representing the Economic Alliance Houston Port Region, shared the potential negative impacts of the EPA’s new ozone standard on their respective communities.
” This issue is not about just clean air or jobs for me, it’s about both. We can have both, it doesn’t have to be one or the other,” said City of Deer Park Mayor, Jerry Mouton. “With more than 50 air monitors, the Houston region has the most extensive monitoring network in the U.S. [… And] while new regulations were approved despite our opposing input, need for local leadership as these regulations are applied is paramount.”

The mayors provided suggestions for better coordination to implement policies that allow/recognize background and mobile source contributions to ozone while not penalizing local governments and communities with a restricted economy and potential transportation funding sanctions because of a greater percentage of ozone forming pollutants that originate from sources beyond their control.

According to City of Baytown Mayor DonCarlos, “EPA data shows our air is cleaner today than it has been in 30 years, due in large part to control measures already assessed. In most airsheds, ozone-causing emissions would need to be reduced by over 70{a45ba3acbba73cdc9d8868db37f310c949be44167a7da7bf3b84f03faeb6b5e8} in order to meet the new standard.” He went on to point out that, as a result of these tighter regulations, “We are losing projects to other states and countries just as we have begun to reverse a decades-long exodus of manufacturing overseas.”

Economic Alliance member and renowned air quality expert, Jed Anderson, will be one of the speakers addressing CAA reform. Anderson, principal attorney with The AL Law Group, will discuss current air issues a Clean Air Act reform and modernization.
“I have been championing Clean Air Act reform for more than a decade,” said Anderson. “From my experience, this is the root of the problem—and the place for opportunity. It is time for the U.S. Congress to simplify and transform the Clean Air Act.”